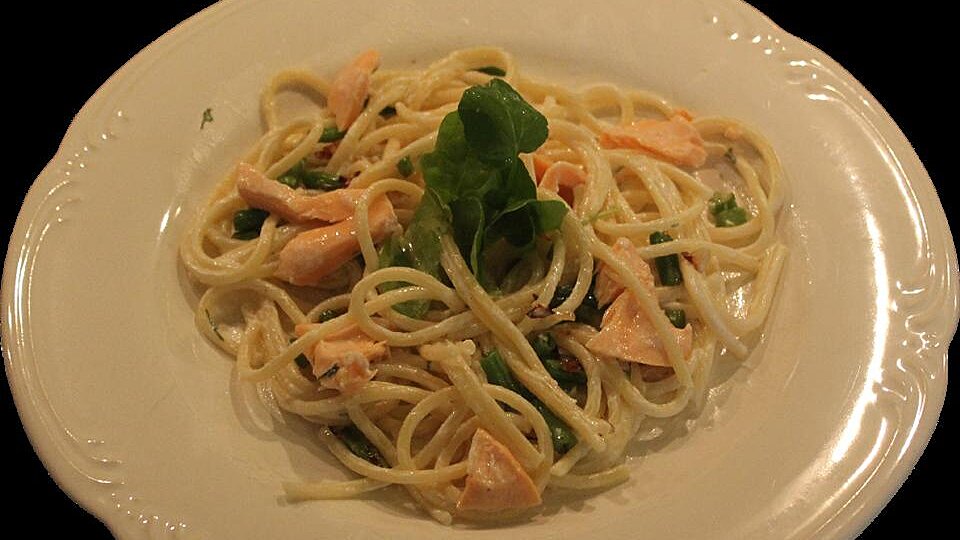 There was a lot of kitchen improv involved in the making of this recipe! It works as a seafood dish or a pasta dish. It’s served with a dilly sour cream sauce!